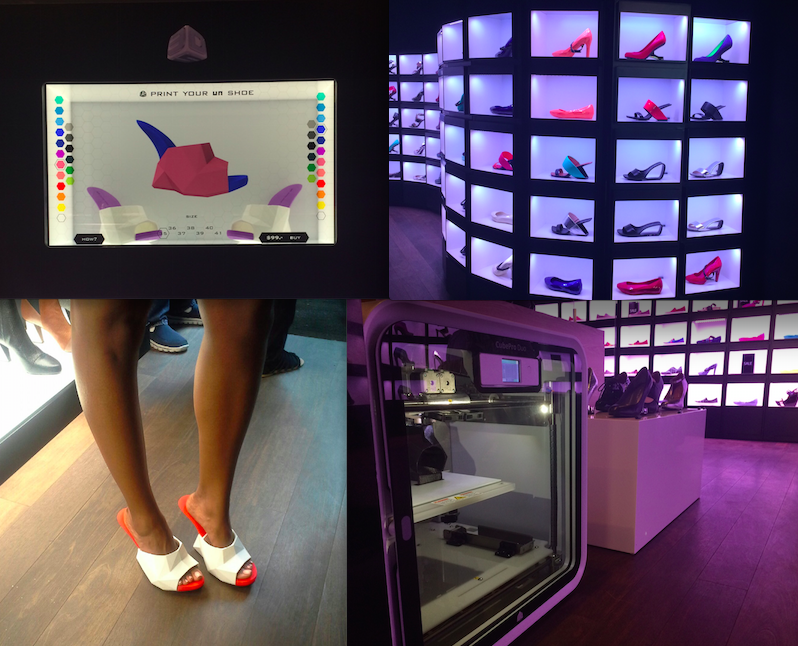 Last night marked the official launch of United Nude’s new line of 3D printed shoes, which represent the high-fashion, high-tech collaboration between United Nude and 3D Systems. Equipped with the Cube and CubePro 3D printers, United Nude is now offering the first integrated retail 3D printing experience with the aptly named “Float” shoe, a design that artfully merges grounded geometries with an overarching sense of weightlessness. Using an interactive screen, customers can customize their shoes in a wide array of hues and color combinations for immediate purchase and printing.

The introduction of 3D printing to the United Nude in-store and online experience is an exciting step forward for the future of tech and retail, as it promotes widespread accessibility to an empowering and impactful tool. Last night’s launch party followed a preliminary 3D printing event at United Nude’s Regent Street location in London earlier this year.

As viewed by United Nude Founder Rem D Koolhaas, this foray into 3D printing is “about experimenting, moving forward and learning along the way.” Janne Kyttanen, Creative Director of 3DS echoes that we are at the beginning of “a free and crazy world” where we give our creativity legs... and of course the shoes to match.

The Float shoe is available at www.unitednude.com and in the NYC flagship store at 25 Bond Street. The Cube and CubePro 3D printers can be found on Cubify.