Remember last year when we partnered with Google on an advanced research and development project? Well, there’s been a lot of buzz since then in the tech community about the future of modular phones, and last week’s revelations at Google’s Project Ara Developers Conference have re-energized that excitement. The conference was held April 15th-16th and discussed the progress we’ve made on the forthcoming modular smart phone project that will enable users to upgrade their phones in piecemeal fashion. This means that as individual features are enhanced, rather than chucking your whole device for a new camera, you simply slide out the old one and clip in the new one—badda-bing, badda-boom: you have a better phone with less waste. 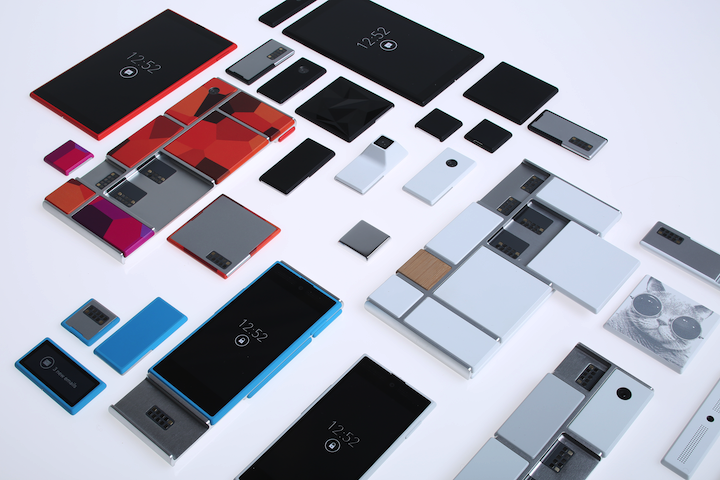 One innovative production feature of Project Ara is that the phone modules are making their way to the world through 3D printing. To do this, the dynamic and evolving technology that is changing the way we think and make, is also changing the way it thinks and makes. We partnered with Google last year on the project and are ready to preview some of the early progress. To bring the modular cell phone experience to the market by the anticipated 2015, we are creating a continuous, high-speed 3D printing production platform and fulfillment system to accommodate production-level speeds and volume. This methodology breaks away from the “reciprocating platform” of many contemporary 3D printers. “Reciprocating” refers to the coordinated motion of the print platform and the print head, leading to frequent acceleration and deceleration, which ultimately adds to the overall print time. For more productive print rates (of millions and hopefully billions of units), we’re creating a continuous motion system around a racetrack architecture that will allow the module shells to move in a continuous flow with additional “off ramps” for various finishing steps, including inserts and other module manipulations.

Beyond these process considerations, we’re expanding the materials available in both aesthetic and functional features. We are also advancing material strength, and developing conductive inks in conjunction with Carnegie Mellon University (CMU) and X5 Systems for printing functional components such as antennas. The modules will additionally be printable with full spectrum, CMYKWT color plus support (meaning cyan, magenta, yellow, black, white and clear, with support), in hard and soft composite materials for the optimum lifespan of parts and ultimate customization by the user. “The combination of exponential creation technology with exponential information technology translates to unprecedented capability and adaptability for the consumer,” said Chuck Hull, Founder and Chief Technology Officer of 3DS. “The scale of this project and its practical functionality are an exciting step into the future.”

How will you make the most out of modular? How will your phone match your personality and expressiveness? Which phone features matter the most to you, and will you be among the first to make history by getting on board with Project Ara?